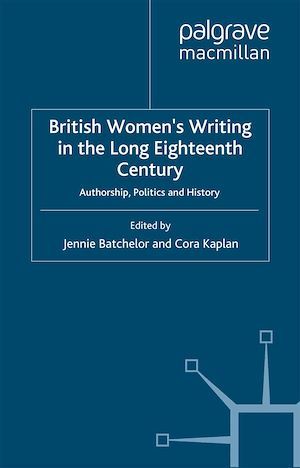 A constellation of new essays on authorship, politics and history, British Women's Writing in the Long Eighteenth Century: Authorship, Politics and History presents the latest thinking about the debates raised by scholarship on gender and women's writing in the long eighteenth century. The essays highlight the ways in which women writers were key to the creation of the worlds of politics and letters in the period, reading the possibilities and limits of their engagement in those worlds as more complex and nuanced than earlier paradigms would suggest. Contributors include Norma Clarke, Janet Todd, Brian Southam , Harriet Guest, Isobel Grundy and Felicity Nussbaum. Published in association with the Chawton House Library, Hampshire - for more information, visit http://www.chawton.org/