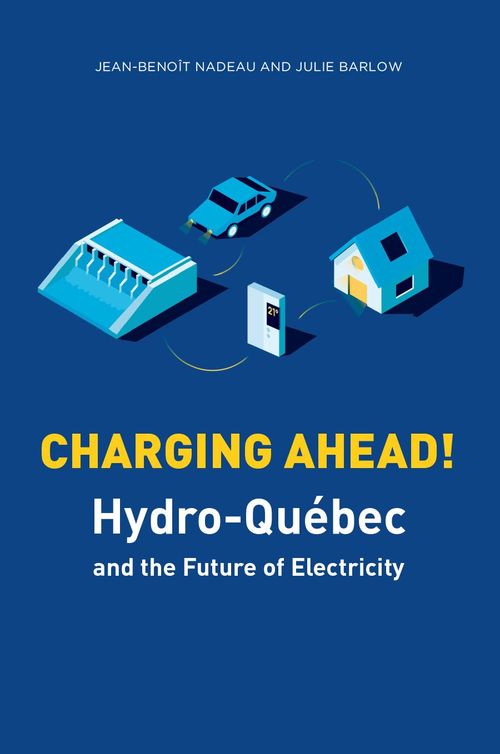 Hydro-Québec manages one of the largest power grids on the continent. It is among the most profitable, the least expensive and the greenest. With a stunning renewable energy rate of 99.8 percent, Quebec has two-generation advance on places like California and Ontario.

Combining a reporters' style with thought, philosophy and a touch of humour, Jean-Benoît Nadeau and Julie Barlow look into Hydro-Québec's future - with an eye also on the past - as the public utility marks the 75th anniversary of its founding.

The future is now and it is electric. It spans widely diverse fields such as big data aggregation centres, exports to the United States, acquisitions in Mexico, Chinese buses, mega-batteries, bitcoins, charging stations and much more.

Between now, as Hydro-Québec marks its 75th year, and the utility's 100th anniversary, the challenges will be vast. As our habits and expectations change radically everything will be on the table, from solar panels to rates, from remote heating control to underground power lines, and from the environment to relations with the indigenous peoples.