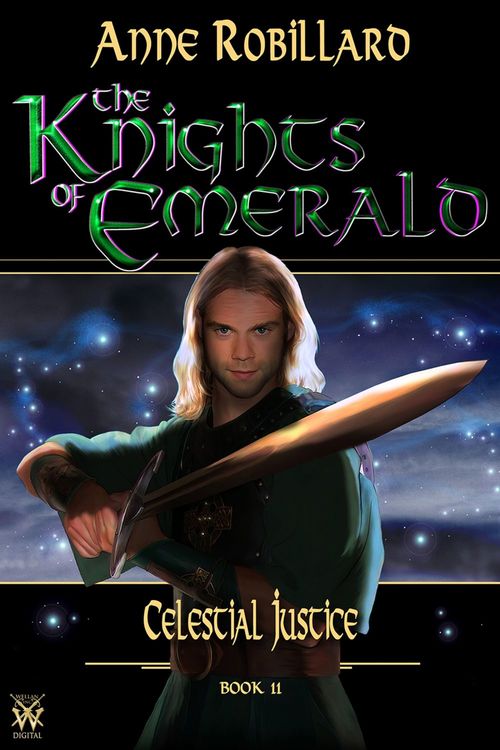 The Knights of Emerald 11 : Celestial Justice

The Knights of Emerald: This epic tale takes place in a forgotten world in a time of great unrest as Amecareth, the Dark Lord of the Insect People, attempts to take over the known universe. It is the story of Kira, the purple child, born of the rape of Queen Fan of Shola by the despicable Emperor, who will ultimately bring about his downfall, and of the brave Knights of Emerald entrusted with her safety.

Book 11 of the saga The Knights of Emerald, Celestial Justice: Imprisoned in the past, Kira is desperately searching for a way to get home. The ancient Enkievs are more than willing to help her, although they possess limited magical powers.

Despite his wounds and the inefficiency of his new winged servant, Akuretari remains a formidable enemy. Taking advantage of the chaos brewing on the continent, he triggers off terrible cataclysms. Only a great sacrifice from one of the Knights will finally put an end to the fallen god's vengeance.

The inhabitants of Enkidiev face a new menace when the Dark Emperor chooses this exact moment to give the coup de grâce to the Knights of Emerald and their allies. He is far from suspecting that the pure heart of a child and the courage of an Elf could thwart his invasion plans.