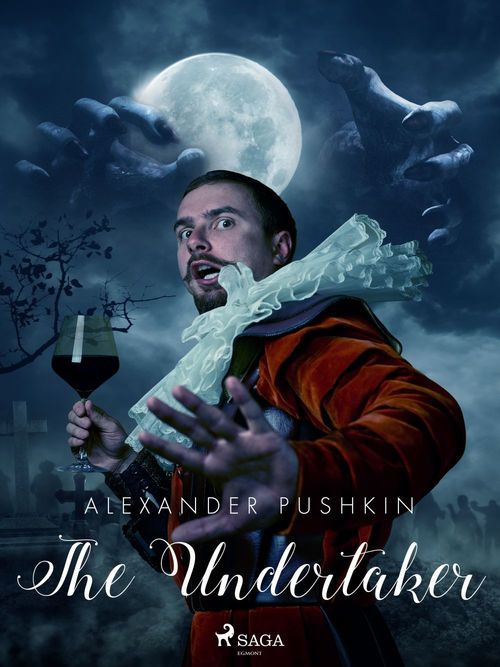 "The Undertaker" is a supernatural gothic tale by Pushkin, which features Adrian Prokhorov, an undertaker, who comes to a new place. He is a very straight-forward man, and does not tolerate deviation from the norm. He is then invited to a wedding by his neighbours, where a lot of drinking is spent. The supernatural is just round the corner when a mishandled toast is proposed. The picturesque depiction of the danse macabre/walking-dead midnight party is exceptional, and Pushkin succeeds in portraying the horrifying aspect completely. A chilling story with a surprise ending that is not to be read after dark.

Deservedly labelled "the best Russian poet", Pushkin's short life (1799-1837) did not prevent him from ushering Russian literature into its modern era. A master of the vernacular language and multifarious and vivid writing style, Pushkin's oeuvre was of great influence to a whole legion of Russian writers and literary styles. Among his best-known works are the narrative poems "Ruslan and Ludmila" and "Eugene Onegin", the drama "Boris Godunov", several novels, short stories, and fairy tales.