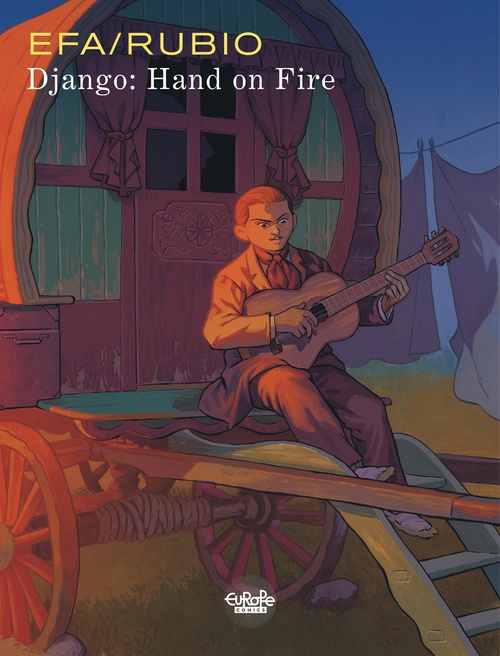 "Django: Hand on Fire" tells the story of the youth of Django Reinhardt, a Roma raised outside Paris who would go on to be one of the most influential guitarists of all time. We follow his early years as an aimless and rebellious kid who is heading for a life of trouble until his devoted younger brother Nin-Nin convinces their mother Négros to buy him a banjo. Captivated by its possibilities and spurred by his natural talent, Django becomes obsessed with the instrument and quickly surpasses his older peers, mastering the popular bal-musette and intrigued by the new jazz coming over from the States. Soon he is playing in clubs and winning awards. He is on the verge of international success at the age of 18 when a tragedy strikes that will mark the rest of his life and career: he is badly burned in a caravan fire and spends the next years relearning how to play the guitar with only two fully-functioning fingers. This is an amazing story of perseverance and of fierce family love that is little known even to many jazz aficionados.